Groesbeek is part of the municipality of Berg en Dal. The village counts  thirteen thousand inhabitants and has a typical character as border municipality. It is situated in a hilly and wooded landscape. Well known is the Zevenheuvelenweg, which only counts six hills and exactly where your apartment is located is the seventh hill.

Your apartment is on the edge of the village center, close to the roads to Mook and Molenhoek. You look from the window of your apartment to a few villas and the border of the Staatsbos.

Within a minute you can make a walk in the Staatsbos  (state forest) and within some minutes you are in the center of the village. The reputable Hotel-Restaurant De Wolfsberg, a popular venue for weddings, is located at 70 meters from the apartment.

For daily groceries within half a circle (the other half circle is forest) from left to right you find the groceries Albert Heijn, Jan Linders, Aldi, Coöp, Jumbo and Lidl

Selection of a few catering establishments, valued by our guests,  within walking distance

Of course we advise you to see the reviews at tripadvisor

You find detailed tourist information about the municipality of Berg en Dal at www.groesbeektoerisme.nl

A little further from home

Beautiful naturereserves are spread out like blankets around Groesbeek. The closest is the Staatsbos with a large number of hiking, cycling and mountain bike trails. In a circle around Groesbeek, you can visit in the direction of Mook The Mookerheide and the Maas valley. Following the lateral moraine you will reach the St. Jansberg naturereserve.

Nearby the St. Jansberg you will see the foothills of the Reichswald (Germany). Following the circle you arrive at the naturereserve De Bruuk. Further on the moraine, towards Berg en Dal you will be surprised to see the Duivelsberg, the Ooijpolder and further on the Millingerwaard. On your way to the city of Nijmegen you find forest again.

Beautiful places in the neighbourhood

Within a circle of 15 km some attractive cities are to visit. You can think of Nijmegen, Gennep, Kranenburg (Ger.), Kleve (Ger.) and Cuijk

The nearest conference venue is De Poort. It is situated 3 km from your apartment and can be reached in 5 minutes by car and in 12 minutes by bike.

The municipality of Berg en Dal has three interesting museums. A reminder of the Operation Market Garden in September 1944 is the Liberation Museum on the Wylerbaan in Groesbeek. One of the largest airborne operations in history took place in the Arnhem-Nijmegen region. At 23 locations in the wider area there are marked field boulders, the so-called listening places. At each listening point you can listen to a radio play in which eyewitnesses, such as civilians, allies and German soldiers, tell about the impressive experiences of the years ’44 -’45. This bicycle route starts at the National Liberation Museum 1944-1945. Please visit the museum and discover what happened in the area at the end of WW II. Once again on the bike you follow part of the Liberation Route Europe which follows in the footsteps of the western Allies in 1944 and 1945. Experience the personal stories of those days. And pay attention to the price paid for a free Europe at the time. For more information, visit www.liberationroute.nl. The Canadian War Cemetery on the Zevenheuvelenweg is also included in the route.

The Afrika Museum is a museum in Berg en Dal. The museum is entirely dedicated to art and cultures from the continent of Africa. The museum consists of an indoor museum with a large collection of African art. Attention is paid to African architecture, African visions on art and beauty, contemporary African art and religion and society. There is also an outdoor museum where you can find: a Kusasi residential area from Ghana, a camp of Baka pygmies from Cameroon, a palaverhouse, a Sotho residential estate from Lesotho, Toffinou-stilt houses from Benin, Dogon-woonerf from Mali and images from Zimbabwe

Museum park Orientalis Heilig Land Foundation is an open-air museum in Heilig Landstichting, part of the municipality of Berg en Dal. From 1968 to 2007 it was called Biblical Open Air Museum and now Museum Park Orientalis. The term Museumpark indicates that the exhibited items are spread out in a park-like area. The name Orientalis refers to the Orient and to orientation on current issues of society. Orientalis wants to be a museum of culture and religion. The Orient (Middle East) is the cradle of the three great monotheistic religions of the Middle East: Judaism, Christianity and Islam. Attention is paid to the backgrounds and traditions of these three religions. A number of the buildings in the museum park are on the list of national monuments due to their special (oriental) architecture. The museum is situated in a wooded and hilly area and contains various villages, squares, city streets, fields and oriental plants and animals.

Many other interesting museums are located in Nijmegen and Kleve.

Besides walking, cycling and mountain biking, our guests like to visit the golf course Het Rijk van Nijmegen. The course is 2 km from the apartment and can be reached in 5 minutes by car.

A few hundred meters from your apartment are the Protestant Church (National Monument) and the Cosmas & Damianus Church of the Catholic parish. On Sundays there are services in both churches at 10 am. 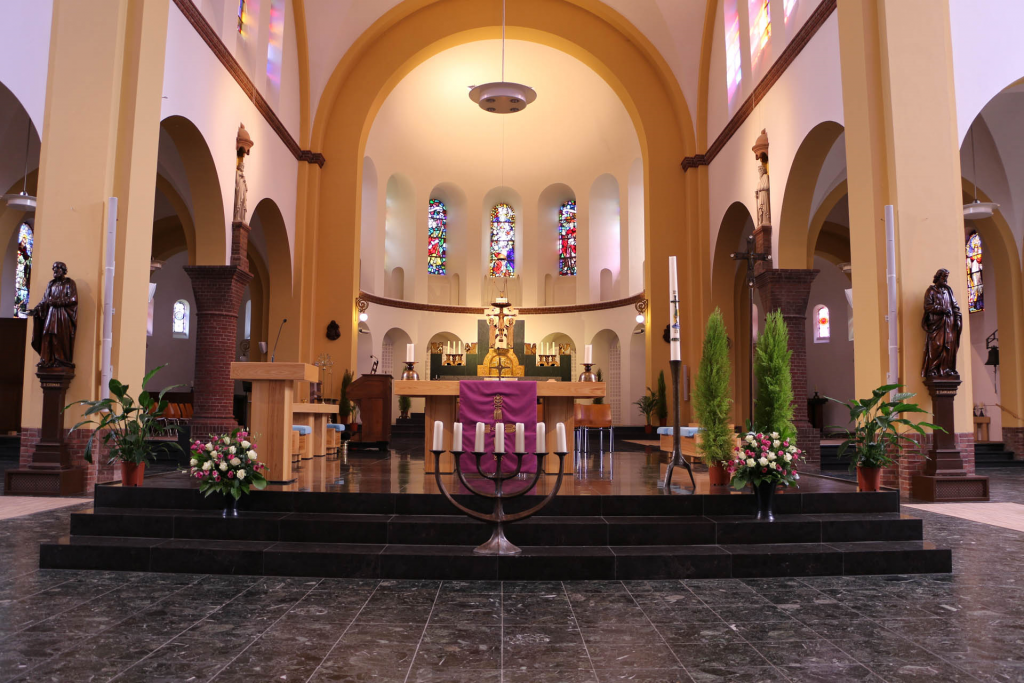 In conferencecenter De Poort you can find information about the Baha’i faith.

Groesbeek, in VVV campaigns called, ‘the village of surprises’ or ‘diamond between the hills’ is certainly worth a stay.